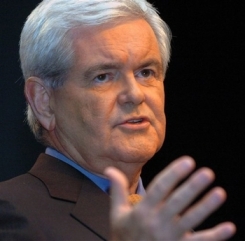 In Monday’s Republican debate, Newt Gingrich was made to defend statements he made about how black people don’t know that they’re supposed to want to work and that to combat this, we should put kids to work as janitors in their schools.

Over the last few weeks, Gingrich has been credited with these gems:

“I’m prepared, if the NAACP invites me, I’ll go to their convention and talk about why the African American community should demand paychecks and not be satisfied with food stamps.”

A bunch of people have been upset by the comments calling them everything from “ignorant” to “racist” to “holy shit it’s 20-fucking-12, is it really still okay to say these things in public and get a standing ovation for them?!?!?”

Those people are clearly pussies.

Child labor is totally great and could help not only our schools, but our society as a whole!  Check it, yo!

1. Firing working janitors and replacing them with children ensures that we as a nation still have someone to kick around and belittle for not having a job. GOP is fueled in part by the knowledge that poor people are spending all their time selfishly and needlessly gaming a system. The right spends a lot of time talking about how people just need to get jobs and not be unemployed. But with the country on the mend, more people are getting jobs. And thus the party needs more gas. By firing people who have jobs, Newt will ensure that the right will still be right–people just need to get jobs!!

2. Taking kids out of the classroom is actually saving them from boring-ass lectures about dull bullshit like English, history or economics. Newt’s imagined working class of kids will be sooooooo lucky!!!! It’s so hard to stay asleep in class when some teacher is going on and on and on about what happened in our country when or how the political system works or how to read. By stopping kids from going to class, Newt will be saving them from hours and hours of drudgery! Bonus points because since those kids missed all those uninteresting classes in high school, they won’t have to endure more of that crap in college!! Suh-weeeet!

4. It takes like two minutes to teach cleaning, it takes like forever to teach empathy. Who has that kind of time?!?!? There are all kinds of complex reasons why kids aren’t keen on working their buns off and doing outstandingly in school.  There are governmental policies like California’s Prop 13 that keep massive amounts of funds from being collected for greedy ol’ public schools, there are family issues, undiagnosed learning disabilities, a dearth of computers, books and desks for kids who need them most, horrible state-sponsored lunches that provide no nutritional value, mental health issues that come from dealing with a life of chronic poverty, broken homes, not having heat. But UGH!! Like who wants to understand how those things work together?!?! That would take like a lifetime of understanding, consideration and the daily practice of good, traditional, Christian values. Why should any of us have to become emotionally uncomfortable to learn that kind of skill when we could just teach kids how to put on rubber gloves and line trash cans? 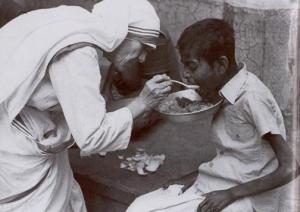 Woah! Do you see how freaking difficult that looks! Also, why isn't that lazy ass kid doing some hard labor instead of getting a g-d handout??

Thanks for looking out for us, Newt! You are truly the people’s champion.

Want more of this deliciousness? Here are Bachmann’s 8 Other Reasons Slavery Was So Super Kickass!

And here’s a study that explains how prison is a better place for black dudes to be anyway!

What’s your favorite way to put more regulation on the poor, the browns, the gays or the womens while telling the country that you’re the party of less regulation? Let us know in the comments!