Granted, he’s not black (lucky!) but per recently leaked footage, it appears as though Mitt Romney might qualify for honorary Oreoship. 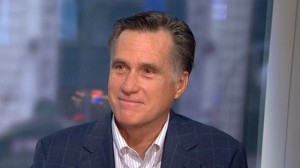 Leaked video of Republican nominee Mitt Romney at closed-door fundraisers show him saying that “no matter what” he does, 47 percent of the population is going to vote for Obama because they are “are dependent upon government.”

The video clips, which were posted by Mother Jones, show Romney telling donors that 47 percent of voters will chose Obama “no matter what” because they are people “who are dependent upon government, who believe that they are victims, who believe the government has a responsibility to care for them, who believe that they are entitled to health care, to food, to housing, to you-name-it. That that’s an entitlement. And the government should give it to them. And they will vote for this president no matter what…These are people who pay no income tax.”

The core principle of Oreodom is hating the skin you were born in. Oreos revel in our self-loathing. And there’s no way you can communicate this kind of disdain for nearly half the population of the country of your birth and not kinda think you’re the yuck.

Romney’s picture of America is one full of lazy, shiftless people who don’t have jobs and don’t care to. Who don’t work and who just expect someone to give them whatever they want. That’s his version of “American” and he’s got to claim that nationality, too! I imagine his heart hurts just a bit every time he looks at his passport the way mine does whenever I have to fill out census forms.

It must pain him so much when he sends cash to the Caimans, Switzerland and his horse to know that’s he doing something that looks so much like what those embarrassing Americans do. It’s like when I Zumba and I know it looks like I’m shaking what God gave me like an RBP would, but really I’m just trying to add a bit of Paso Doble to a straightforward Cha Cha. But alas, people often can’t tell the difference. And that’s just like Mitt!  There’s a huge difference between what Romney does with his cash and the poor think about doing with the cash they don’t have. Romney isn’t avoiding paying taxes, trying to game a system or using loopholes in his favor. He’s saving his money. Maybe if those jobless baby mamas had done that, they’d be able to cure their own cancer and set their own bones and not come crying with their hands out. 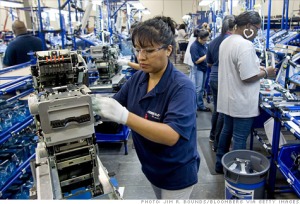 And it only gets worse for Romney. Not only does he share the country code of a bunch of asshole losers, he also had to look at their names on pieces of paper and spreadsheets for years—a constant reminder of how many people didn’t have to good sense to be born to millionaires. Sure, he was one of the lucky Americans who managed to escape the curse of his birth, but he shares eye color and body type with so many dicks that I’d be shocked if he didn’t consider some sort of surgery—the way all ethnic Oreos try colored contacts at least once.

When he was busy buying companies, Romney probably had to occasionally stroll through hallways next to people who get paid wages and not salaries. It’s likely that some of their “we’d really like insurance” sweat might have rubbed off on him. No wonder he had to fire so many of them. He needed to get them as far away from his as possible so he didn’t have to risk being associated with being so disgusting. It’s the same reason ethnic Oreos sign up before attending Regattas. We go in shifts so we don’t start clumping together and looking like a gang.

And how did those people who lost their jobs on a dime because Bain came in and ripped it out from under them repay Mitt? By becoming good for nothings who “need help” during “the worst economic climate since the Great Depression.” When really, he was giving them training they would never get on the job or in the colleges they could never afford to attend–the value of a birthright. 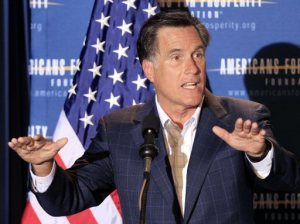 Settle down. Look, you were told there wouldn’t be extra credit on this exam at the beginning of life. It’s not his fault you didn’t re-read the syllabus.
(source)

With all this guilt by association to deal with, Romrom must hate himself a little bit. Especially since it was clear he didn’t do enough. If he had really been on his game, he would have just shipped the people along with their jobs overseas. Instead, he’s forced to walk around a country where, in the right light or if he gets caught without a suit, he might be mistaken for someone who doesn’t have the means to exploit, evade and enact the will of in God we Trust. Poor guy. I’m sure he won’t make the same mistake twice. Like the time I went out with a hip hoppy guy just because he was white. Sure, he wasn’t an RBP, but it was too close for comfort. Never again. I still have nightmares.

Every now and then, someone turns up to be a surprise Oreo. (I’m looking at you, Tyler Perry!) And it appears Romney’s joining the ranks as well. How should we welcome him?