In case you’re wondering why that pig flew past your window or why Hell was reporting unseasonably cold weather, it’s because The Oreo Experience finally went on a real live date with a real live black guy!!

Before Sunday’s outing, I had prepped myself as much as possible. I put in a call to my trainer to schedule a couple of riding lessons, attended the Sound of Music Singalong at the Hollywood Bowl and learned Edelweiss on the guitar.

Oh Captain Von Trapp, I'll be your nanny...or your nurse...or your mommy/..whatever it takes, really.

And then it happened.  I drove to Downtown LA where we had planned to meet, stepped out of my car and was inexplicably covered in enough cat hair to make myself a third cat. I do not understand how this happens. My two cats do not go in my car. Why is their hair there?! I dashed down the street, trying to feign gracefulness as I sprinted in heels while lint rolling myself furiously and looking for the address.

We went to a play. Ate some falafel. Both lost a round to each other at darts. He waited patiently while I bought a vintage silk purse. A generally good time was had by all. 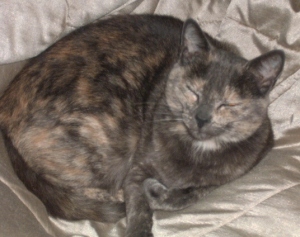 And then as I was leaving the vintage store, moar cat hair showed up on me!! How do they do it??

Of course, there were some happily mitigating factors. We had met the previous week at a reading of a musical about a behavioral psychologist. We were both the only of colors there. He’s a trained Shakespearean actor (overlooking the fact that he played the titular role in Othello).  He went to Sarah Lawrence.

The topic came up of how this was me popping my date with a black guy cherry. Instead of answering, I shoved an entire falafel ball into my mouth and the subject was changed to the fact that I nearly choked to death.

Whether my larynx is being crushed by food or not, the question always comes up. “Really?? You’ve never dated a black guy??” And I usually say something like: “Well, I’ve never dated another

either, but no one seems to take issue with that.”

Then the person is usually too bothered by the fact that I say “bullet point” before each of those entries to finish the conversation and we complete the elevator ride in silence.

But could that be the key? The missing link? That I simply haven’t picked the right common adjective to shack up with?

Because on the other hand, I’ve dated many

And, well, here we are, still dating. So something’s gone, if not horribly wrong, then at least not horribly right. Hmmm, excuse me while I dash off to make more lists of things that I am so that–JESUS! This freaking cat hair!!! Seriously! WTF?! The cats do not come to my desk at work!! Why is their hair all over everything I touch. I’m like King Midas. Except with a touch not nearly as useful.

What do you think? Do relationships work better when both people share a skin color/religion/last name?

Do you date people very much like you or very different?

And for more dating stuffs, check out these posts:

My other answer to why I don’t date black guys. (Video)

Sometimes dates don’t work out, but you learn something anyway.

Online dating is whack if you’re black…the kids say “whack” right? Or is it “wack”? “Waque”??