I was incredibly proud of the heights of Oreodom to which I ascended this weekend. I was at a financier’s wedding in Wine Country that was totally hipstered out (bride and groom walked down the aisle to Bon Iver or some such, food trucks sported locally sourced, organic quinoa kale pizzas and for every tux trouser, there was a pair of Tom’s poking out of the bottom).

At one moment, I took my glass of Northern California Shiraz in one hand, my Starbucks in the other and went for a stroll through the adjoining vineyard. I looked back at the scene and reveled in a couple’s lovely commitment to love and at my pulling off being the only black person in attendance.

Then something caught my eye. A black guy. Surely, I thought, he’s here to hand me the keys to my car or take away this biodegradable wine glass. But no… he was a guest like me. When I figured that out, the competition was on! I was not going to let this handlebar mustachioed, Steampunk suit sporting dude out Oreo me.

Naturally, I couldn’t talk to him directly lest people think we were extras from Real Housewives of Atlanta, so I ran my reconnaissance and found out that he was doing an excellent job at Oreoing.

He was an accomplished equestrian, a fine artist photographer, had clearly trained in ballroom dancing…and did I mention the handlebar mustache. I imagined him twirling it like an old timey villain if and when he found out he had bested me. He spoke French, made a delicious tapenade, had been a vegan since he was 12 and was from Connecticut!

Even I have a hard time matching those stats. 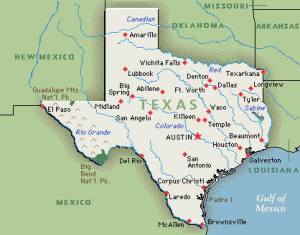 Damn you, home state! Why couldn’t you have been a Dakota?
(source)

I was about to tip my french veiled hat in concession when I saw his date… She was White! A black guy dating a white women. That is SUCH an RBP thing to do!! I win.

So instead of stopping, I grabbed another glass for a victory lap around the wine bar safe in the knowledge that I finally made up for the other wedding party that, despite my best bestest efforts, went terribly. An unfortunate loss for him, but it was a game well played, sir. Well played indeed.

And yes, I get the Catch-22 that Oreo guys are in. Date a black girl and people start thinking you’re just escorting her to her next john. Date a white girl and you look like an RBP. Oh well, we all have our crosses to bear. Anyone have any suggestions?