Just a roundup of little things that touched my Oreo heart. 🙂

The Oreo agenda was firmly set with The Cosby Show back in the day. I remember my mom gathering us all to watch it when I was a kid. I always wondered why she seemed to be taking such copious notes. But it wasn’t long before I did, too.

In the last few years, Cos has reminded us over and over again that he’s totally embarrassed by Regular Black People. And really, who isn’t?

And this week he reminded us that he still does. Highlights of his speech at the Rainbow/PUSH Coalition Conference included referring to black kids with the distancing pronoun “it” and calling those children “dirty laundry.”

But there was one thing he said that was so much worse: “There’s no such thing as “talking white.”

My whole identity as a child (and the nice reminder I got the other week) was based on the fact that I talked white. Mr. Cosby, please do not destroy decades of hard work with careless, unresearched sentences! 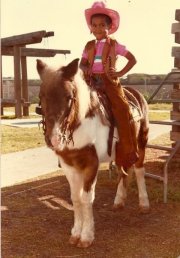 Another little Oreo. Man, that horse was a good sport.

Reports came out this week that show that Twitter is increasingly–and mostly–black.

I just got used to Twitter and now I feel like a plain ol’ RBP for hanging out there. More so because once I participated in #blacktagging – that hashtag take on dissing and The Dozens where jokes get passed around (mostly black Twitter circles) with tags like #wordsthatleadtotrouble and #ifhiphopwashighschool (my response to the latter: Flo Rida would have a hard time in geography class).

To my defense, I had just learned that Flo Rida was an entity and I was very busy being completely blown away that a person, their record label, their producers and friends would think that “Flo Rida” was a good name…for anything.  And that if they had to call it that, they wouldn’t at least change the spelling so that seeing it didn’t bring up images of hanging chads, Disneyland and Miami Snowbirds. 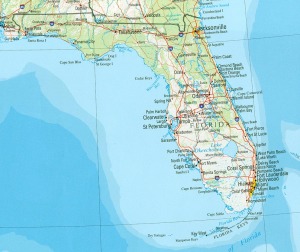 That is YOUR name, Sunshine State. Take it back!

I went into Pinkberry Saturday night for a much-craved frozen treat. I chose what was meant to be an Oreo-appropriate location – Little Tokyo. There are no black people here. Just white people and Asians–who may actually be the whitest group of all (more of this later). This was the conversation:

Pinkberry Worker: Hi, have you been to Pinkberry before?

OreoExperience: You know, I’ve done Menchie’s and Yogurtland before, but not Pinkberry.

PW: Okay, well, our flavors are up there and you can get a sample any flavor you want. Like do you want to try the watermelon?

OE: You know, I think I’m feeling like the tart a little more. 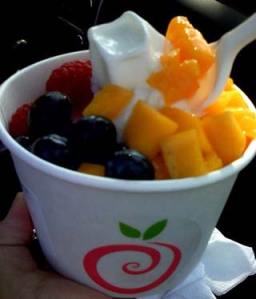 But seriously, this stuff is like crack. Only without the baby mamas and unequal sentencing practices.