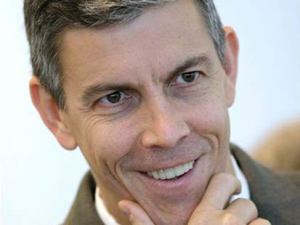 President Obama agreed with Education Secretary Arne Duncan, this week when he said the American school year should be longer so that more students will get a better chance at a better education.

Currently, US 4th graders ranked 11th in reading skills and below Latvia and Kazakhstan in math skills.

Obama suggested that keeping students in school longer will help them become more competitive in the global economy when they are adults.

And thus, the students most likely to be harmed by this potential legislation: budding, young Oreos.

When I was in school, I didn’t have a President pushing math and science at me. I found those nerdy subjects all by myself. I could have easily paid attention to the football and basketball games that I attended…in my marching band uniform. How fantastic are spats, btw!!!

But I snuck my calculus books into the stadium in my hatbox underneath my band cap’s bright white feather plume and I didn’t need an elected official to tell me to kill my social life like this. I did it because I cared enough to do it.

And because of those early efforts, I have won the right to call myself an Oreo today.

Imagine the tens of students like myself who would no longer be the special, noteworthy darker skinned child who bucked the trend and read on their own volition, could solve a differential equation because they liked it and joining the Academic Decathlon team because the bullying hurt so good.

If all students are encouraged–and especially by a President of half color–then my work would be in vain, my efforts would be for naught, and my Dickens Fair Society would no longer be a color-free, safe haven.

C’mon, Mr. President. You know you love Little Dorrit reenactments. Don’t take those away from me.