Sometimes, my Oreo-ness is totally validated when someone says something to me that they totally wouldn’t say to a regular black 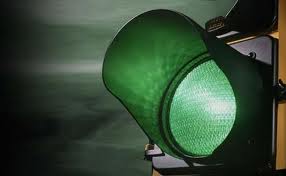 Wondering if what's on the tip of your tongue is odd or offensive? Say it anyway! It might just be a compliment in disguise.

person (You know, like the n-word!). When someone looks at me and says something…odd or potentially off-putting about race and then stare back at me with eyes wide open and blinking sweetly, it makes me feel like I’m doing my job at making those around me forget that my ethnicity of origin.

Today’s gem came to me last night at the gym. I was in the middle of a two-hour boxing workout (20 mins of running then 20 minutes of shadow boxing then 12 minutes of jumproping then 120 pushups then 20 minutes of mitt work then 20 minutes of abs then an hour and a half of recouperative sobbing). It was the jumprope section and the girl next to me kept catching her rope with her feet and whipping herself in the back with the rope.

After a few of these began to bring up tiny red marks on her back, she turned to me and said: “Man! Now I know how the slaves felt!! That must have sucked!”

It probably did suck, I thought. But not as much as you not being able to share that with me.

I have pilates tonight. Here’s hoping someone compares the resistance band to leg irons!

This anecdote aside, it’s inevitable that awkward stuff just slips out sometimes! What’s a convo you’ve had that still makes you blush? Let us know in the comments!