When JJ Abram’s hour-long drama, ” Undercovers showed up in the TV listings, I was super worried. A show with Oreo-esque leads might lead to other TV shows to feature layered characters of color and then how would I stand out??

But my fears were allayed with NBC announced they were canceling it.

Writing for The Root, Marcus Vanderberg mentions that Undercovers had a lot of challenges–including untested acting talent, weak scripts and a poor time slot.

Black viewers, who many might have guessed would rally behind the show, never embraced it. Undercovers only cracked the top 10 on Target Market News‘ list of the top 25 broadcast shows in black households twice, and that was during its first two weeks on air. On Nov. 4, the night before the show was officially canceled, Undercovers finished 16th in black households behind Hawaii Five-0 and The Mentalist, both of which lack black lead characters.

Black people didn’t want to watch a show with untested acting talent, weak scripts and a poor time slot. So now, networks are feeling skittish again about casting leads of color in a show.

The fact that black leads are such a gamble on network TV these days highlights the noticeable shift in programming during the last 25 years….

…The UPN and the WB, which is now the CW Network, copied the Fox blueprint (think Girlfriends) before they all abandoned most of their black programming in order to appeal to a more mainstream audience. And now it seems as if all the inroads of the past few decades have been for nothing…

I took a look at other shows that have been canceled or threatened with cancellation this year and noticed a disturbing trend:

18 To Life: Kids Get Married on a Dare 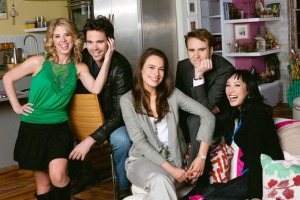 100 Questions: A girl and her friends navigate life in NYC - canceled after 6 eps

The Bridge: Cop does cop things.- canceled after 3 eps

Lone Star: A con man has a conscious...and also a lot of sex. - canceled after 2 eps. 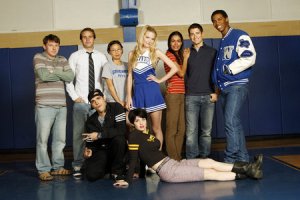 My Generation: Angst and agnst with a dollop of angst. - canceled after 2 eps

Notice anything about most of the people in these shows?

They’re actors! Apparently, actor-led TV shows have a really hard time sticking. I hope the networks don’t feel skittish about gambling on having actors in their shows after this disappointing season.

Crossing my fingers for you, actors. You’ll figure it out.

And if you do wanna see some of colors leading a show…there’s always the still-climbing-in-the-ratings Real Housewives of Atlanta where next week, Phaedra and Apollo will have a baby…or won’t they???