A short list of some interracial lovin’ I would give my squash trophies and my tickets to the Ring cycle to have been a part of.

Though variations exist on exactly how Thomas Jefferson came to take Sally Hemings by force loved his slave Sally, their story has been the basis for self loathing for generations and generations. I mean, what is more romantic than giving yourself to your owner because in return for your sexuality he promises to free your children when you die only to have various made for TV miniseries turn that arrangement into pure, unending, Oreo love! 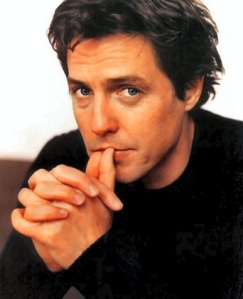 Totally welcome to sample my scones.

3. William is the Shat

Legend has it that there were two takes of this famous first televised interracial kiss. One for the north that showed them going at it thusly. And one for the south that was toned down to avoid riots. Allegedly, there was time to shoot only one of each and (young, hot) Billy sabotaged the censored one, so the whole nation got to see Nichelle Nichols choose Shatner over all the other men in the universe.

One of the best things about winning an Oscar: getting to kiss whoever you want without asking consent. But it is Adrien. And he is…Adrien. Hell, I wouldn’t kick him off the podium.

Dear guys who invented the frozen, glowing wheel on Lost: Can you make me something like that so I can teleoport into Heather Headly’s body. First, she’s named Heather. Awesome Oreo name. Two, she opened the Oreo-tastic show Aida on Broadway in the late 90s. Third, she got to make out with Adam Pascal, like a bunch of times.

For those of you not as up to date on your B’way stories as I am, a few things to note. a) You may best know Adam for originating the role of Roger in RENT. b) Aida is a must see for any Oreo. Here’s why: Aida, a Nubian princess (okay, that part’s a little cliche) shirks her duties to her family to fall in love with Ramades, an Egyptian.

B’way did us a favor by ignoring Geography and making the Nubians black, but the Egyptians white, neverminding that both countries are in Africa. Had they paid attention to their social studies lessons and made Ramades black, Aida would never have become an Oreo role model. Instead, she would have been an RBP falling for an RBP. But now, she gives up her ethnic life to die in a cave with a white guy.

But yeah…a little death might be a fair trade for getting a little Adam.

Anyone else you think should be on the list?