This week, a U.S. District Judge ruled that New York’s policy of patting down suspected ne’er do wells known as “Stop and Frisk” was unconstitutional. Stop and Frisk will be allowed to continue, though Judge Shira Scheindlin had ordered that an independent monitoring agency oversee changes in the NYPD related to the policy.

Some of the things the as-yet-to-be-determined agency might find interesting include the following:

In addition to the numbers on the page, there was also this video where a young man was stopped and frisked twice in just a few blocks. When he tried to point this out to the officers, they didn’t take it too well.

New York City Mayor Bloomberg plans to appeal the ruling. He has also said in the past that the best way to deal with Stop and Frisks is to be “cooperative” and to accept the policy as a part of urban life.

Even if all of that is true, don’t be sad. Be ready.

Here are three things you can do to make sure that your Stop and Frisk experience is as painless as possible.

1. Always wear cashmere. Just like a real lady is never under-dressed  neither should an of color be in New York City. Class it up by investing in a variety of high quality cashmere satin shirts, pants, jackets, dresses, rain coats, corsets, vests, turtlenecks, socks, and shoes and you’ll be ready when a cop starts patting you down. The officer will be so distracted by the glorious texture and your excellent taste that they won’t even notice that gun you’re not carrying. In a pinch, velveteen will do.

2. Stay Moisturized. By keeping your skin moist, smooth and supple, those rough cop hands will slide right over your trembling body, no matter how much you struggle to hide that handful of 57 Splenda packets you took from Hugo’s. Sure they’re not illegal, but it is an embarrassing stash. 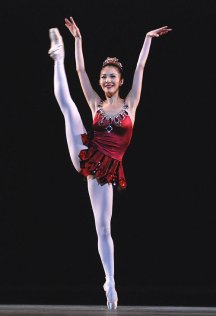 Have you been stopped or frisked? What do you think of the ruling? Let us know in the comments!