Welcome to The Minority Report – a super quick movie review. 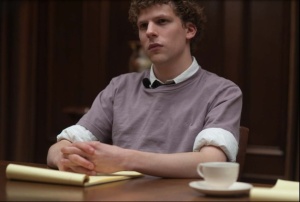 Rowing crews,  elite secret societies and hedge funds, oh my!!  It goes without saying that I was thrilled to see a movie who’s demographic, by virtue of the subject matter, location and protagonist, would be so homogeneous. And The Social Network did not disappoint. There are definitely no RBP at Harvard, or Stanford…BUT there IS one at BU, in case you need someone to intimidate your ex-boyfriend.

And when filling a bus full of girls to be used as tokens and prizes for well-educated kids of means, Asian is about as colorful as you should get.

Also, can we get a sequel that features just the Winkelvie…shirtless….and rowing…and shirtless.

What do you think? Much has been made about what some call sexism, what some call artistic portrayal in this movie. Are you on Sorkin’s side that says “look, these guys were kind of assholey and we wanted to show that.” Or are you on the truthier side that says “there were in fact contributing women important to the building of facebook, where were they in this movie? and how dumb are the girls in the flick that not only do they have no storylines of their own but they can’t even smoke pot correctly??”

What to help The Oreo Experience make a better movie? Click here to become a backer of “White (on the inside) Christmas!“