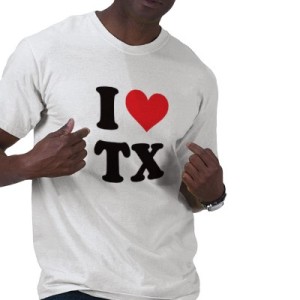 I’ve been reading about the Texas textbook brouhaha. The fairly Conservative Texas Public School Board is rewriting history, making it more conservative and leaving out information about things like slavery and 9 of the rights in the Bill of Rights. (Bearing arms…still safe!)

I am so totally pissed at this!

Where were they when I was growing up??

When I was a kid, the only black kid in most of my classes, btw, I had to suffer through super awkward conversations about racism and slaves and fire hoses and ill timed assassinations.

How much easier would it have been to ignore these parts of history and gain the invisibility I’m working toward now!

I hated being the only kid in class to which these gnarly conversations applied and I would have given anything to chat about anything else.

Thankfully, though, that ability is being given to a whole new generation of budding Oreos.

Thanks to these re-founding fathers, kids whose relaxers are more grown out than they would like won’t get the double insult of the appearance of nappy roots and having to hear about how oppressed and downtrodden their ancestors were. They get to avoid seeing pictures of black people in textbooks–pictures that usually just drew attention to differences in hair or nose structure. They get a jump start on their Oreo Ed and though I am jealous, I am also happy for them.

I hope that my alma mater still does the “How the West Was Won” play that we did in school. Even though I took my trained mezzo soprano voice, and auditioned for the role of “lead female settler,” as the only black kid, I got stuck playing…the black person…I still remember my line:

“After the Civil War lots of slaves moved out west and signed up as cowboys on cattle drives. We drove cattle over 1200 miles through Indian territory and farm land. And it was a toss up as to who was most hostile to us…the Indians, or the farmers!’

My instinct was to play the line dramatically. Luckily, my drama teacher at the time had me change it. We played it for comedy, and we got a laugh every time. 🙂