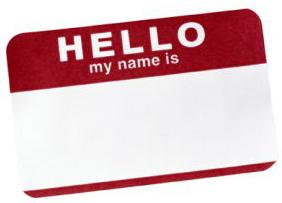 Choose Carefully! (Oh! And I have a great Jane Austen primer if you need suggestions!)

This weekend, NPR revisited a spate of stories discussing how black job applicants with obvious ethnicity in their resumes and on their applicants are whitening those elements and seeing success from their efforts. Qualified, but un- or underemployed of colors are changing their names, removing HBCUs from their education profile, erasing ethnic organizations from their professional work history list and opting for anglo references instead of color colleagues.

Everyone’s having a hard time finding work in these times and ethnic applicants, more than doubly so.

The choice to blanche the background is based on evidence that employers shy away from resumes that sound too ethnic for their offices. This practice, though helpful, is not without effect.

“…the strategy of hiding race — in particular changing names — can be soul-piercing. It prompted one African-American reader of the article to write that he was reminded of the searing scene in the groundbreaking TV miniseries “Roots” when the runaway slave Kunta Kinte is whipped until he declares that his name is Toby, the name given to him by his master.

Black job seekers said the purpose of hiding racial markers extended beyond simply getting in the door for an interview. It was also part of making sure they appeared palatable to hiring managers once race was seen. Activism in black organizations, even majoring in African-American studies can be signals to employers. Removing such details is all part of what Ms. Orr described as “calming down on the blackness.”

Newbies, I understand that it hurts. But doing the right thing often does.