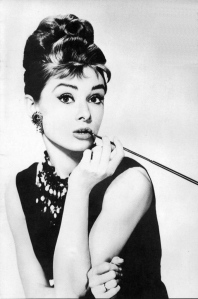 I was invited this weekend to an Breakfast at Tiffany’s themed party. We were to wear our little black dresses and pearls and be quite fabulous about the whole thing.

I worried for one naive moment that I would not be the only person of color in attendance. And as you know from the Are You Safe chart, being one of two black folks in a room can be deadly for the Oreo.

But I arrived and saw that the room was as white as the pearls we were wearing. I knew I had done well.

Mickey Rooney made his trademark and incredilby offensive appearance on screen. The meaning of the quickly stifled laughter from the other guests was clear. It was the “I-normally-laugh-at-this-but-there-is-a-minority-in-the-room-so-I-probably-shouldn’t” laugh.

Had I been playing my Oreo card correctly, the laughs would have flown as freely as the liquor at the Derby.

I let my people down. I can only hope I can make up for it by hosting my own Song of the South party.